Israel is a well-known country. For its size, it takes up a lot of news space.

Whatever your political opnions may be, most agree that the people are beautiful, that there are a freaky number of Israeli Nobel Prize laureates, and blah blah.. what nobody talks about is the FOOD. 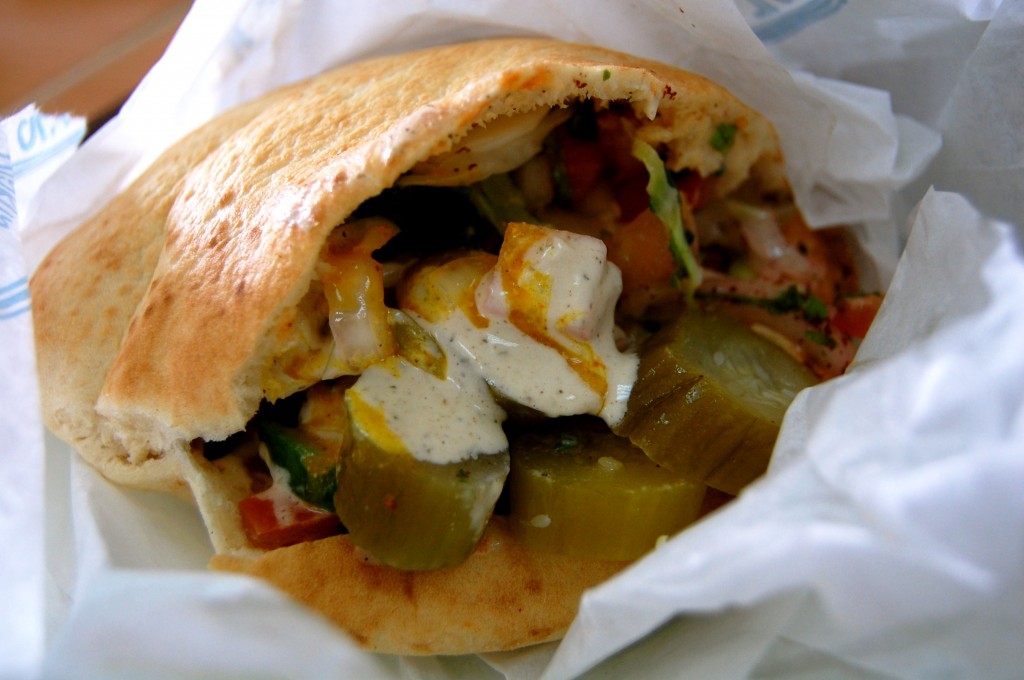 Being that food is one of my favorite subjects, howevs, I am here to rectify that. And share foodgasmic photos of it. And tell you, food lovers — especially vegetarians — get your butts to Israel.

You can thank me later. 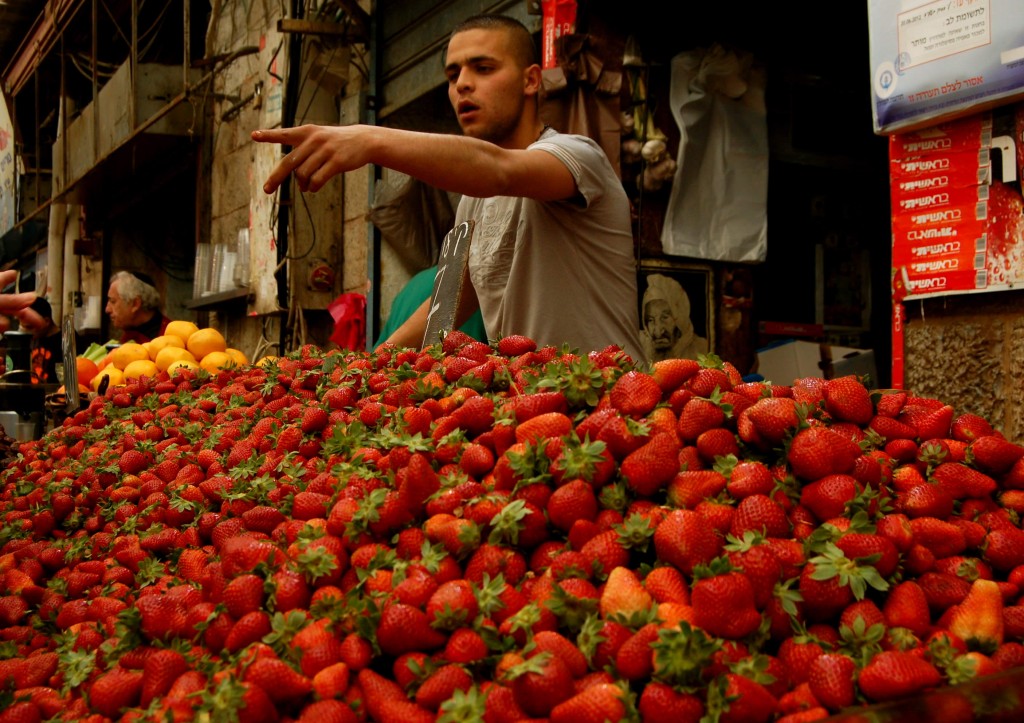 Why is the food so good in Israel?

Well, despite the fact that less than 4% of its workers are in agriculture and that only 20% of its land is arable, Israel produces 95% of its own food. That’s cray-cray.

That also means that the food is insanely FRESH.

In addition to the freshness factor, another key component to Israeli food is its many influences. Israeli cuisine combines Middle Eastern roots with the varied flavors of the Jewish diaspora.

Are you picking up what I’m putting down? These are the building blocks to killer food.

I’m not technically a vegetarian, though I do limit my meat consumption and generally avoid factory farmed shiz. But, when I’m traveling, I usually cheat quite a bit, as I never want to miss out on local specialties.

In Israel (and the Middle East in general), though, it was super easy to avoid meat. 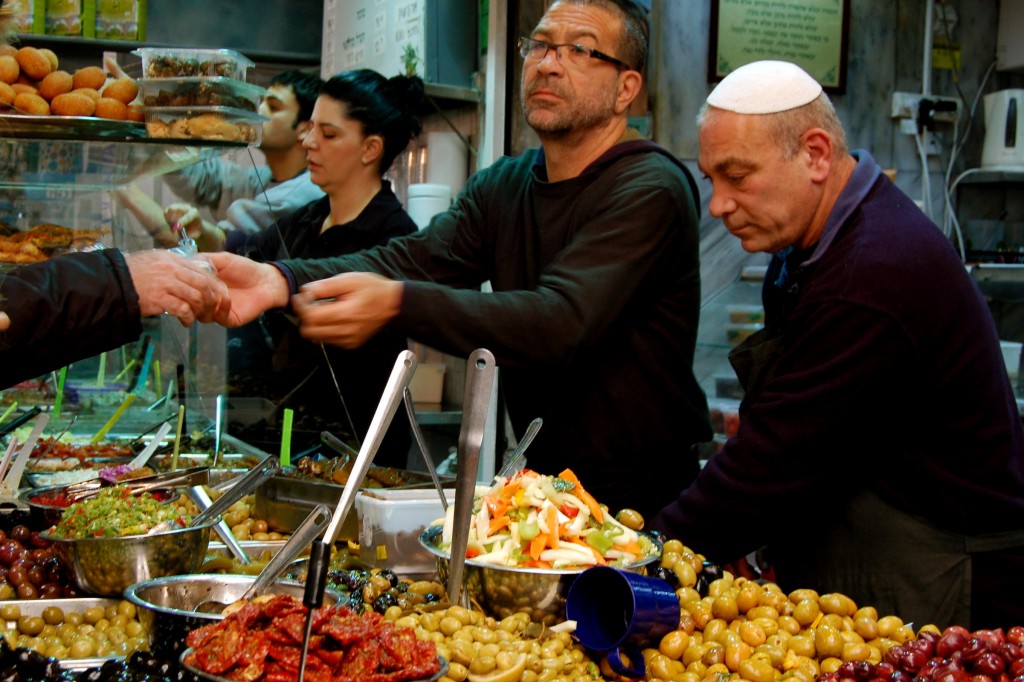 I have heard of India as being a great country for vegetarians, and I’d like to add Israel to the list.

At every meal, you can feel full, satisfied, and not left out. To be honest, I never felt sad about not eating meat. Every shwarma stand also has falafel, making it easy to eat out with friends and stuff your face silly.

Not yet convinced to visit the vegetarian holy land? Check out some of my fave eats from my time in Israel, and you just might be…

Abundant, and fresh. Not much more I can, or need to, say. 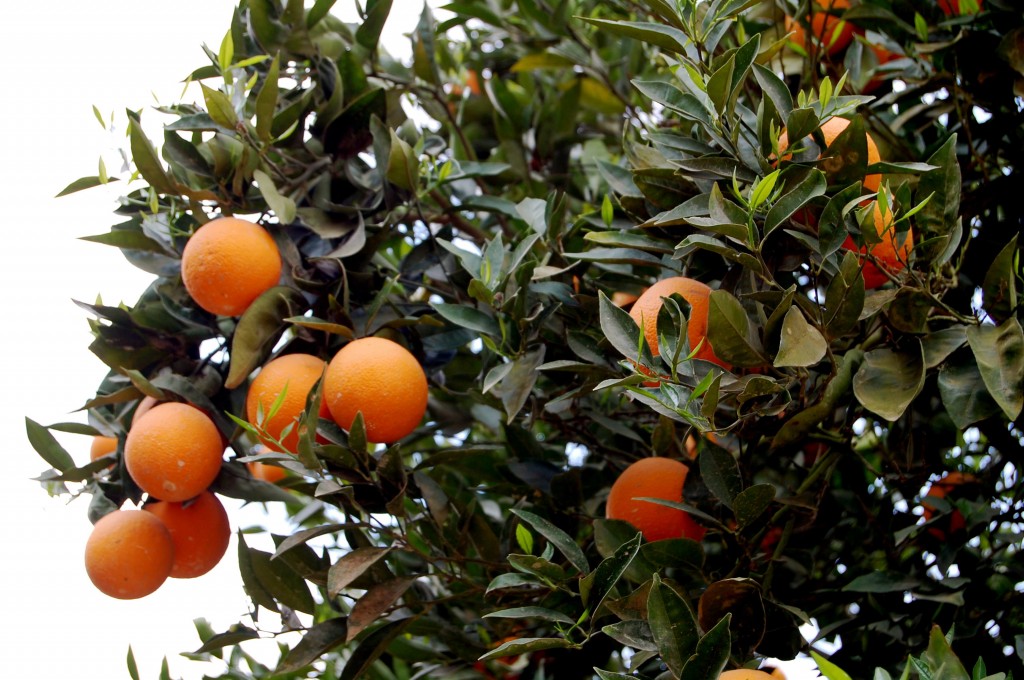 This creamy chickpea dressing is available at every meal – to accompany pitas, salads… or your finger.

I thought I liked hummus before going to Israel. Now, I realize that what I felt before about hummus was just a silly schoolgirl crush, whereas now it is a raging, very adult and very explicit, love affair.

Hummus by the bucketful? Think that only existed in your dreams? I have news for you, friend: go to a magical land called Israel, and you shall find it… atop a unicorn wearing a yarmulka. Er, I made that last part up, but the hummus bucketfuls are real.

Like hummus, but with eggplant added. That’s like giving Rogue’s people powers to Wolverine. In other words, unstoppable. 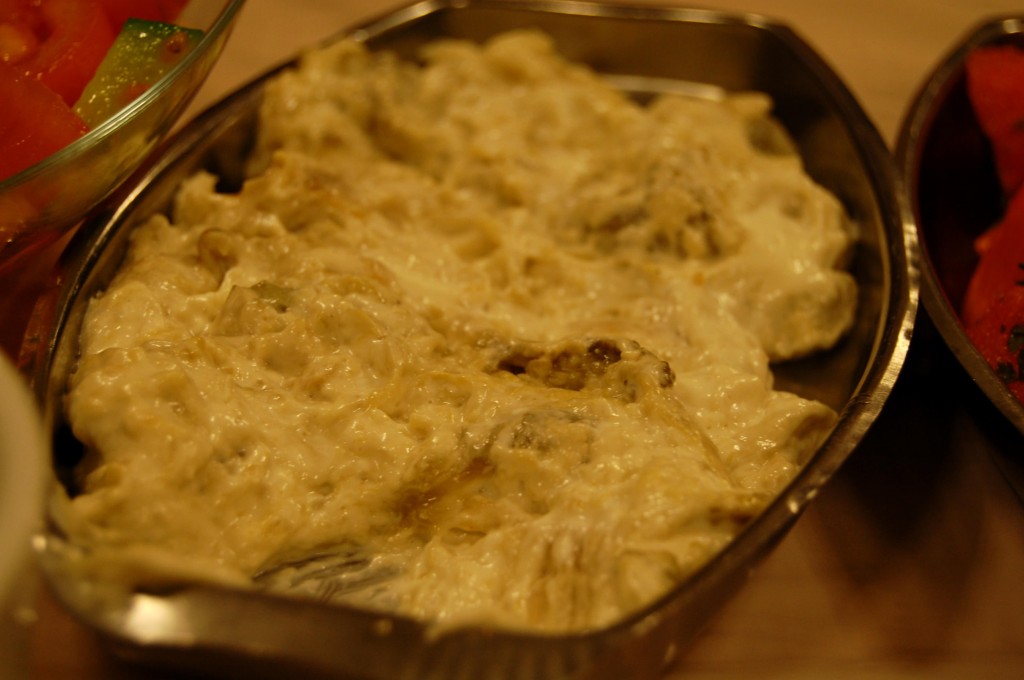 There’s not much better travel food than a good trail mix. I don’t know what is up with Israeli nuts, but they are phenomenal. And, like all good things in Israel, they also come by the binful.

My good friend, the chickpea, makes a second appearance here. Ground up with some spices and FRIED (yes!), these tasty little fritters will become your new reason for living. Served in a pita with veggies and tahini sauce, you’re never going to want to go home!

Meaning “mixed-up” in Hebrew, shakshouka is a pan fried dish made of poached eggs, tomatoes, onions, and spices. It is served with bread and is simple, hot, and ohsogood. 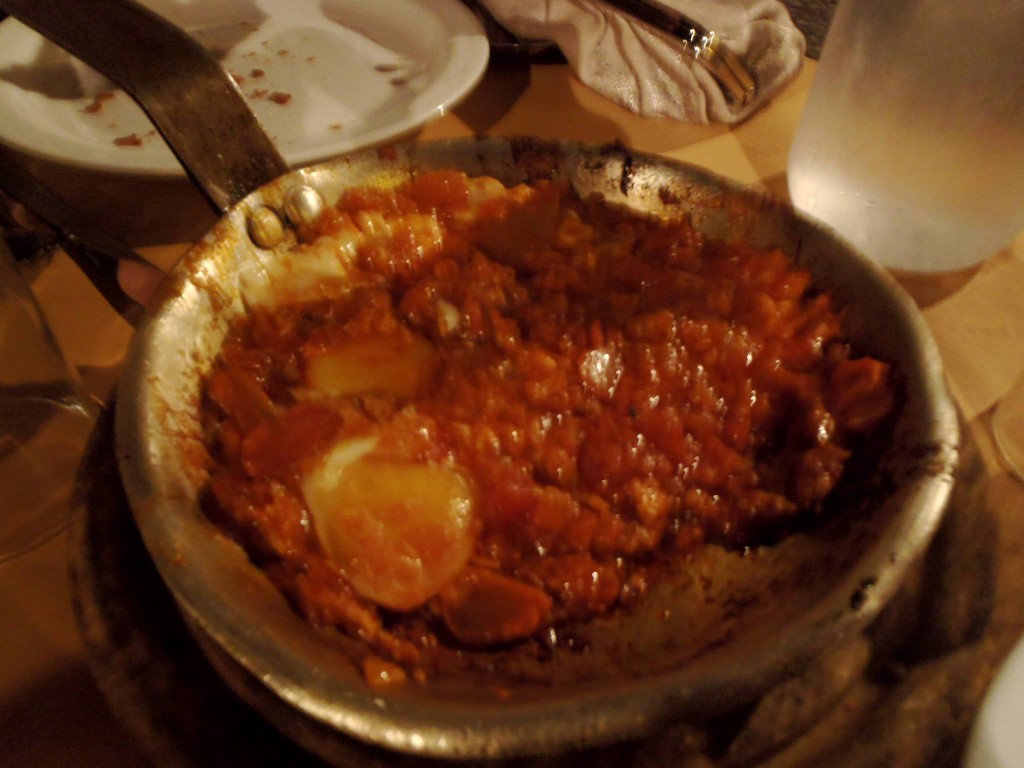 Now do you believe me?

Israel is one of the best countries for vegetarians, with fresh food and an ample selection of tasty dishes. For anybody looking for some veggie haute cuisine, what are you waiting for?

(I do realize that most of these foods can be found in other Middle Eastern countries. I found, and mowed, them in both Egypt and Jordan. I thought, however, that food was the best and most vegetarian-friendly in Israel, which is why I focused this post solely there.)

What other countries do you recommend for vegetarians?

This was a postcard from Israel, which quickly became one of my new favorite countries. If you like it, then follow me on Twitter. That way you’ll always know when I have ridiculously funny things to say. Which is always.