It’s time to meet your newest Seasonal Worker of the Month! He has what many travel junkies think of as a dream job: he’s a flight attendant. After connecting on Twitter, I asked him to participate in this interview series — because I’ve always wanted to know what it’s like to be a flight attendant!

Name: Stendhal of Places & Planes
Age: 32 (already?!)
Hometown: Lake Como, Italy and San Francisco, CA
Current location: Based in the Middle East but at least in two different countries every week
Current job: Cabin crew for a major airline
Life philosophy in one sentence: Point to the sun cause you’ll reach the moon (Meaning think bigger and try to achieve impossible goals)
Spirit animal: Dog – They never lie about love
Favorite quote: “Carpe diem quam minimum credula postero” by Horace (Seize the day, trusting as little as possible in the next)
Favorite condiment: Extra virgin olive oil and vinegar
Fun fact about you: I don’t like whipped cream, cool whip, pudding, custard, butter or anything else with that kind of texture. Even milkshakes or smoothies!

Stendhal’s Life As a Flight Attendant

How long have you been a flight attendant? What made you want to become one?

It hasn’t even been a year! A friend of mine told me that they were looking for cabin crew with hospitality experience and here I am. My greatest passion is traveling, and the fact that I can see the world for free is amazing!

What kind of flight attendant are you?

For those of you who are interested in a career as a flight attendant, there’s a smorgasbord of jobs available, all offering different advantages for the diverse types of people interested in flying. I work for a major international airline, but when I got the job I had to move to a different country far away from where I lived in California. On the other hand, the benefits they’ve offered me are amazing: tax free salary, accommodation, health insurance, gym, laundry, discounts etc. You could also work for a national or regional airline; it’s less glamorous, but more stable.

[Tweet “Working for an int’l airline = tax-free salary, accommodation, FREE #travel. How to do it:”]

How did you get your job as a flight attendant?

It was not easy to get it. On my assessment day, there were 80 candidates and they only took two people! It started at 7:30 am, and I left at 5 pm. I felt amazing. 🙂

Where have you traveled with your job?

Well basically everywhere: six continents, but I’ve never been to Antarctica. I had amazing experiences in India, Brazil, and Japan — such incredible countries. 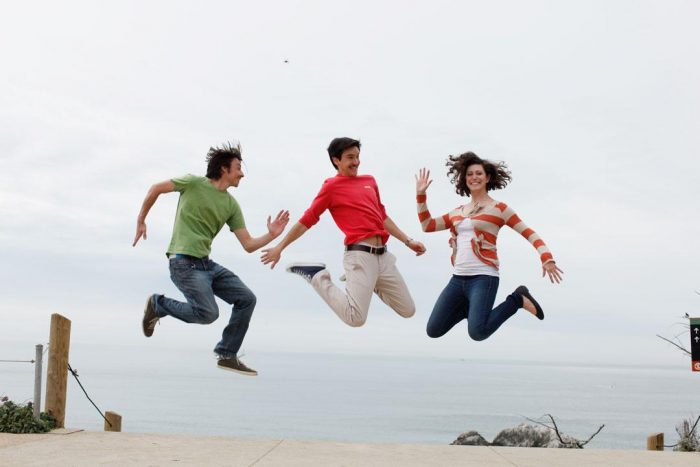 What’s the craziest thing that’s ever happened while you were working? What’s the most annoying thing that airline passengers should stop doing?

So far I’ve been very lucky… nothing crazy or too dramatic. The craziest thing is probably how passengers behave on a plane — especially when they drink. People don’t know that a glass of alcohol on a plane equals three glasses, because of the pressure and the lack of oxygen. So, it’s very easy to go cuckoo.

What do you want travelers to know about being a flight attendant?

That it’s not just the 1960s Pan Am version where everything is perfect and luxurious and wonderful. Being a flight attendant has changed since then, as have people’s motivations to become one. Luckily for me, I work for a major airline and it’s still glamorous and fun.

What rocks about being a flight attendant?

[Tweet “”I #travel the world and get paid for it.” @placesandplanes on life as a flight attendant:”]

When I post the roster on my website, people hate me for the destinations I’m able to see every month. It’s priceless.

What sucks about being a flight attendant?

I don’t have a “normal” social life: I live far from my family and real friends, and it’s very difficult to keep a relationship running smoothly. I spend most of my time flying or abroad, which is amazing — but as strong as I like to believe I am (though really, I’m afraid of a lot of things) I do have bouts of loneliness from time to time.

Where can you find flight attendant jobs?

The best website is Cabin Crew, which is the online meeting place for cabin crew. You can find the latest news, jobs, advice, discussions, and more. Another one is Aviation Job Search, which is pretty good for jobseekers. Both of them have great forums. 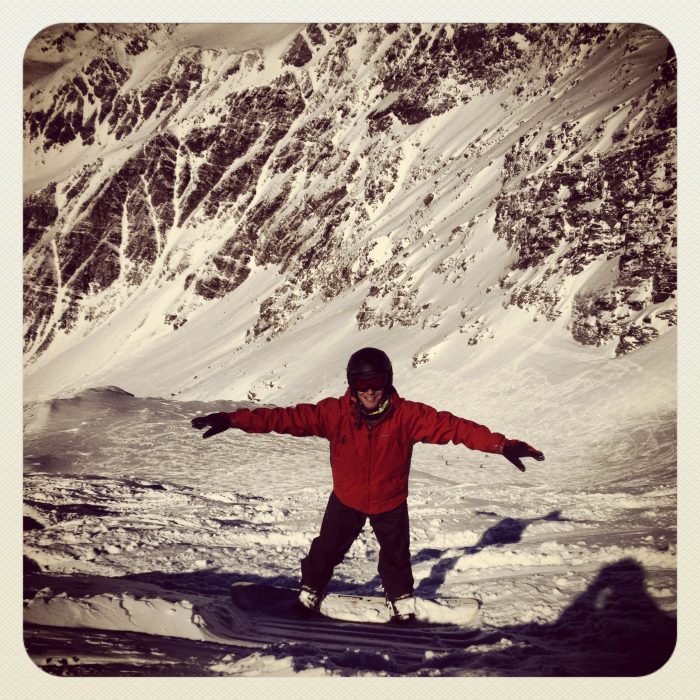 What are your tips or advice for others interested in becoming a flight attendant?

While some airlines have made a name for themselves as the best airlines to travel, those airlines don’t necessarily correspond with the best airlines to work for. The ME3 (Emirates, Qatar and Etihad) are always on a hiring spree and are looking for cabin crew members — not just in the UAE or Middle East, but all over the world. Emirates and Etihad are probably the best. I hold a EU passport, but many airlines (e.g. the ones in Middle East) will sponsor you for a visa. They are known not only in the industry, but in the corporate world at large, for making their employees as important as their customers.

In the US, Southwest, Alaska, and American consistently rank as the top companies to work for. In Europe, EasyJet and Raynair are recruiting for cabin crew jobs.

If you think you are the type of person who will not feel homesick or culture shock, you may be wrong. The truth is that almost anyone experience both of these at some time. It is completely natural. Fortunately, these feelings are only temporary. The best way to combat them is to keep a positive attitude. Also, don’t get overwhelmed. You’re going to be taking in an enormous amount of new information during your first few weeks on the job (safety, security, service, first aid, etc). Remember that it’s normal to feel overwhelmed in the beginning.

Any tips for acing the flight attendant interview?

Although every assessment is different, and every airline has it own style, there’s something you should always remember: who you are and your strengths! The first impression is the best impression. Be natural (don’t over act), but show confidence with your body language and always smile. Not a fake smile or a poker face — but a nice, spontaneous smile! If you have a group discussion, look at whoever’s speaking and show interest (and smile)… remember they’re looking at you!! (Even if you don’t notice it!)

If you make it to the final interview, prepare yourself with examples! They’ll ask you about your past experience with customers, and they want specific situations. For example, if they ask you what you have learned from another culture, don’t say “I’ve been to China, so I like Chinese food.” Rather, say: “On a trip to China, I learned that Chinese people don’t feel very comfortable calling each other by their first names. So I started using last names more often.” They’ll ask you these kinds of questions about your job, as well… so get ready! They want you to be specific. And always smile! 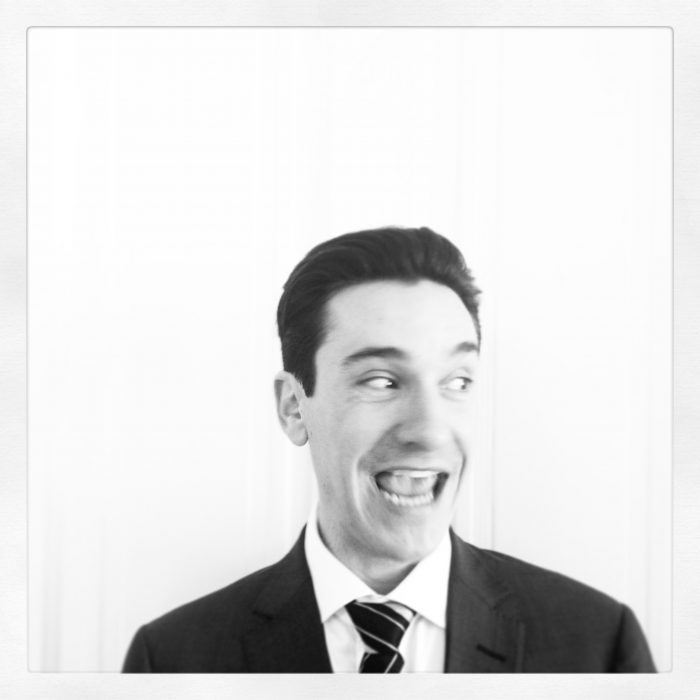 Do you think you’ll be a flight attendant forever? Why or why not?

With age, I’ve learned that nothing ever goes as planned. But I’ve always been future oriented, and I’d say that I’ll be a flight attendant for the next two years. I’m a single guy in my early thirties, and I’ll probably start feeling that it’s about time to settle down.

Being a flight attendant for a few months, as seasonal worker, what do you think about that?

I think it’s a great idea, especially if you’re in your twenties, you don’t have a serious relationship with someone, and you want to have fun and travel. It will probably open a world of possibility!

Do you have any general tips about life, travel, and jobs? What would you say to someone who is interested in an adventurous job like yours, but is scared of quitting their grown-up job?

[Tweet “”Don’t be afraid to make changes! I never thought I’d be a flight attendant.” @placesandplanes”]

I quit my job a few times — not because I didn’t like it, but because it’s good to change. I hadn’t even finished university before I had a grown-up job. Four years later, I realized that although it was good, I wanted something more. So I quit it and moved to a country where I had never been before and where I didn’t know anyone. It was one of best decisions of my life. And I did it again two times! So just do it cause it’s worth it!

A big thanks to Stendhal for telling us all about his career as a flight attendant! If you’d like to learn more, please visit his blog: Places & Planes. You can also follow him on Twitter and Instagram.

4 Comments on Meet Stendhal: A Flight Attendant Paid to Travel