Did you know there’s a tiny country inside of Italy that’s NOT the Vatican?

Yeah, neither did I.

But I’m here to tell you: it’s called San Marino, and it’s gorgeous.

When I mentioned to a friend that I’d be attending TBD: Italy in Rimini, he said, “Oh, you have to go to San Marino!” I looked at him like he was from another planet, since I’d never even heard of the country.

I should’ve though, since this microstate nestled in the hillside of eastern Italy is a fascinating place to visit.

So on an early morning, before catching a flight out of Bologna, I decided to make a quick visit to San Marino’s eponymously named capital city.

To get to San Marino without a car, you’ll need to catch a bus from the Rimini train station. (Easily accessible from Bologna, if you’re staying there.)

I left my hotel in Riccione and arrived at the Rimini train station with my big backpack on, searching for the lockers I’d been told were there. No such luck.

I’m not what you’d call a light packer, so I was not looking forward to carting around my bag all day. I walked around to a few local hotels, asking if I could pay to leave my backpack there for a few hours. They must get asked often, because they were less than friendly when telling me no.

Out of options, my backpack and I boarded the bus to San Marino. The ride took about an hour, and as we winded up through steep green hills, the views took my breath away. (It doesn’t matter what side of the bus you’re on; there are plenty of switchbacks.)

When we got off the bus, I looked up, and… shit. The entire city was made of hills. Forget about world’s tiniest republic; it might as well be vying for world’s steepest!

Off I went, with the 40-pound behemoth on my back.

The historic city center is walled, with quaint cobblestone streets leading up to the three towers that overlook the city. (It’s also a UNESCO World Heritage Site.) 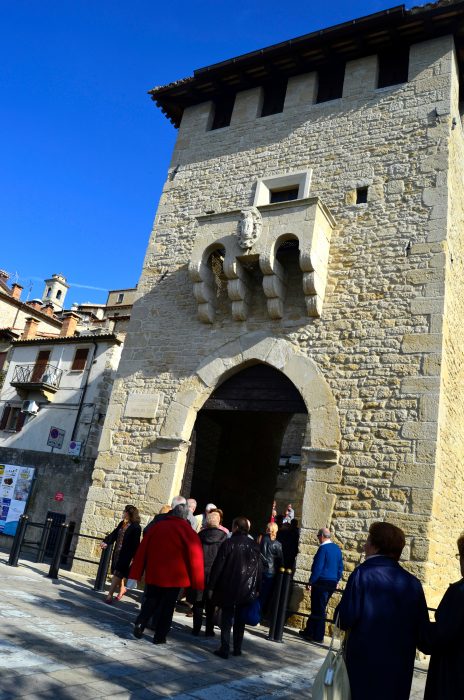 Every few blocks, the shop-lined streets opened up into beautiful plazas overlooking the valley. 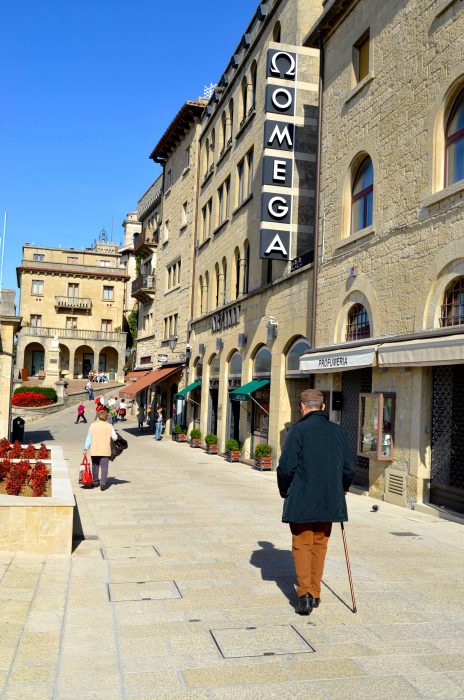 Meanwhile, I looked like an elephant in a china store as I panted my way up the steep hills past adorable couples and groups of tourists. Several shopkeepers looked at me and laughed, and I almost thought about trying to leave my bag with one of them.

But I had one last hope: the tourism office. I eventually found my way to it, and asked if they’d store my bags. A big fat no. I did get a sweet passport stamp for 5 euros though!

I continued on, and at long last, I arrived at the towers.

Where Are the Dragons?

I entered the first one, which is called Guita Rocca and is the oldest. (Built in the 13th century.) After looking inside at the ladders and stairs required to get to the top of the tower, I started searching for alternatives. Then I spotted a cannon. Perfect. I hid my backpack behind it and climbed the steep steps.

A fairy tale awaited me.

In all directions, I saw Italian and Sammarinese countryside, and to my right were the city walls and second tower.

I wanted to let down my hair, ride a dragon, or, at the very least, pop on a corset. It felt like something out of a fantasy movie.

I let my imagination run wild for a few more minutes, took a few selfies, grabbed my pack from its hiding place, and started making my way back down the hill. 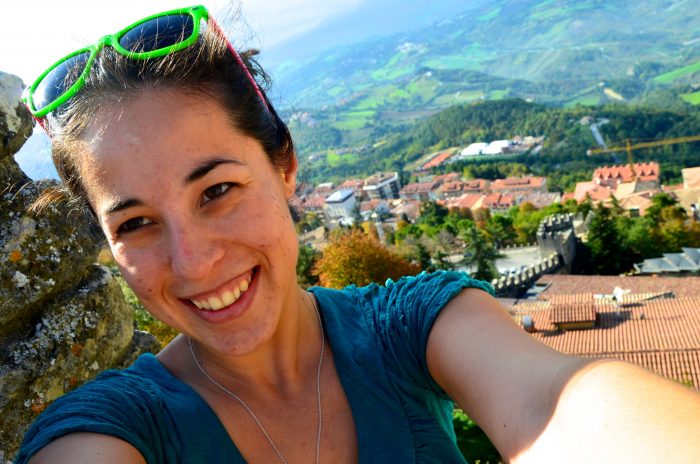 Pizza and gelato were calling my name.

On my way down, I also bought some mini souvenir bottles of Sammarinese booze, which was quite yummy.

My Time in San Marino

Visiting the towers, wandering the streets, duty-free shopping, and enjoying the views seemed to be the main activities on offer in San Marino. A half- or full-day there would probably be plenty, but it would also be interesting to spend the night and see what it’s like after the hordes of tourists leave.

Though I only had a few hours there (talk about a killer thigh workout!), I’m so glad I traveled to San Marino. To visit a country whose existence you didn’t even know about is an exhilarating experience — and to visit one so beautiful is always a treat. (Also, I just counted, and this little piece of heaven was my 40th country!) 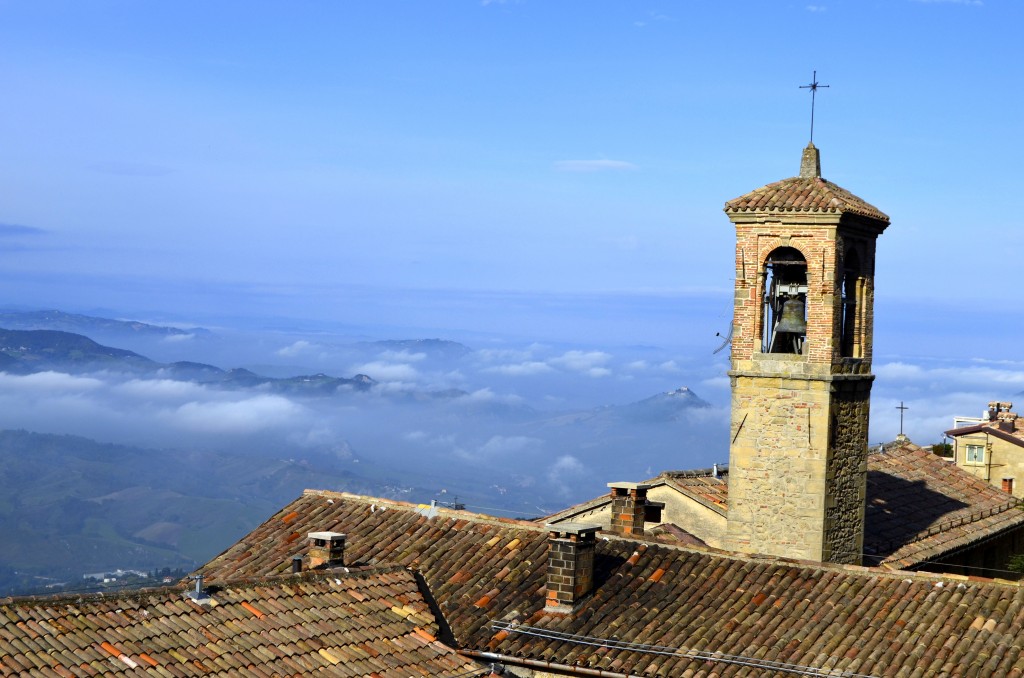 In other news, maybe this experience will finally teach me to be a light packer. But… probably not.

Had you heard of San Marino before? Would you like to visit?