The wind is so strong it’s almost blowing me over. The water is so icy that it could give me hypothermia in a matter of minutes. 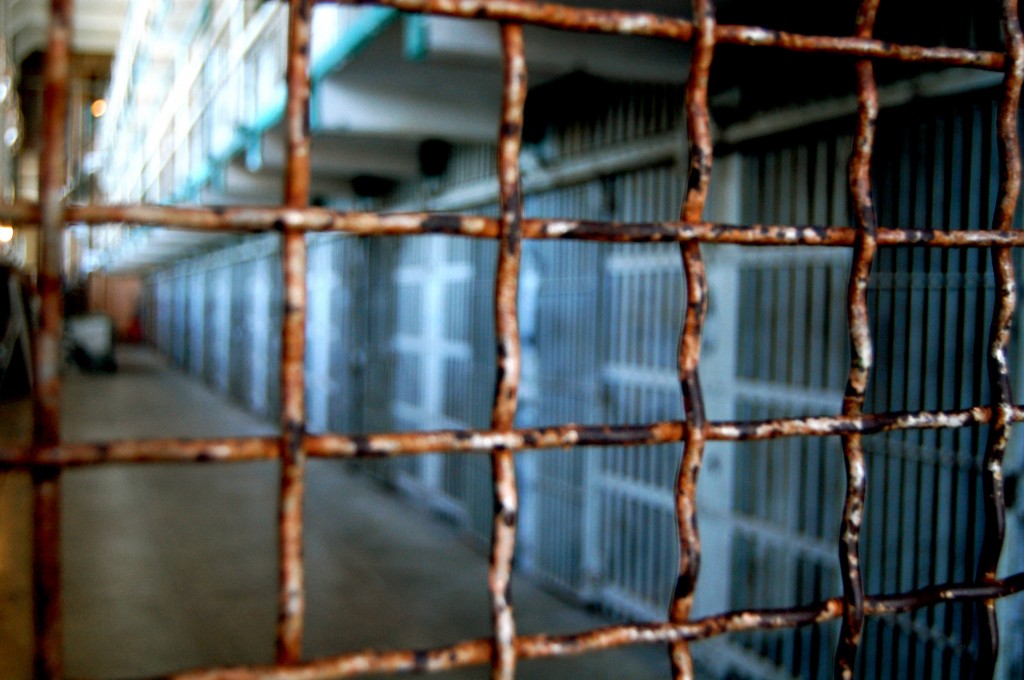 Apparently, San Francisco has not gotten the memo that it is a part of sunny California.

I look out over the blue water to the city skyline. It looks so close, but is worlds away.

Maybe, just maybe, I could do it. 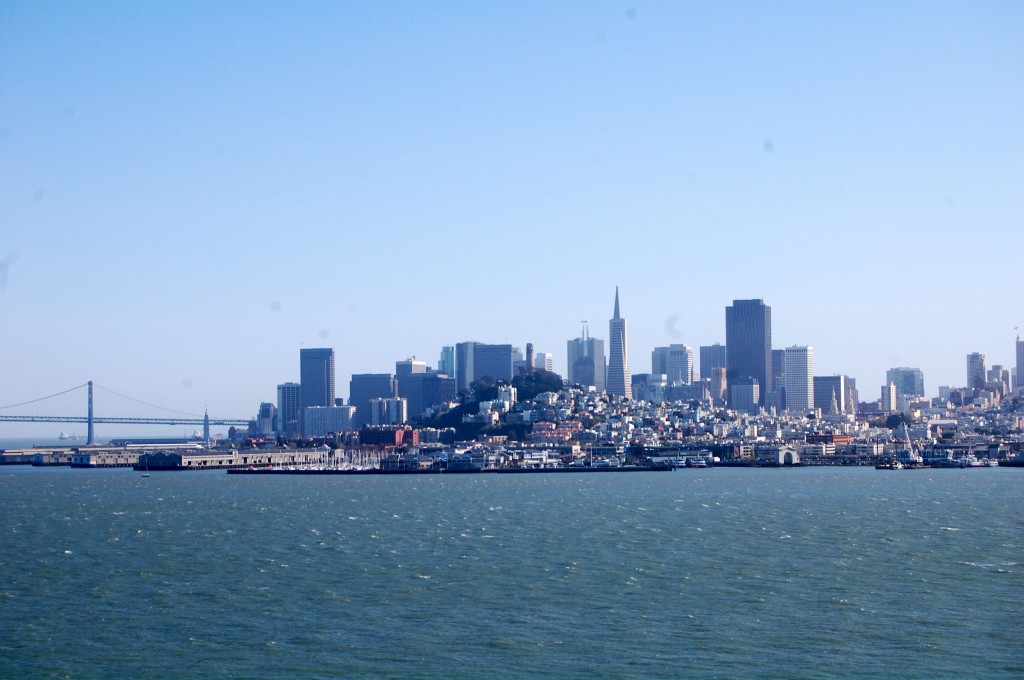 I wonder how many other people have stood in this spot, thinking the exact same thing. Thankfully, I have a ticket back on a ferry in a few hours.

Many weren’t so lucky. 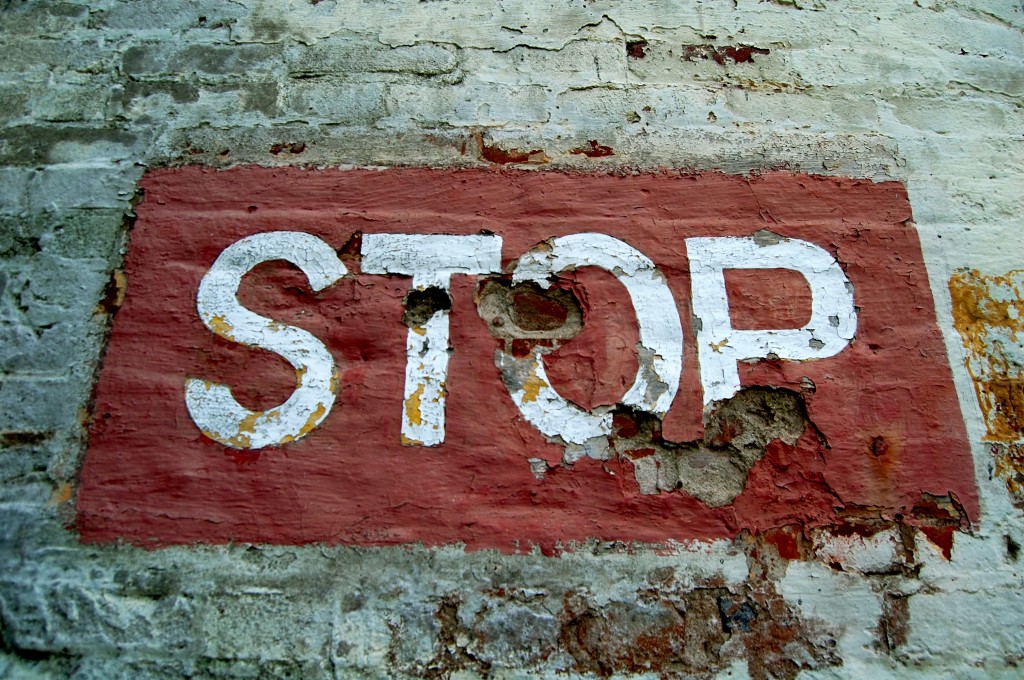 I am visiting Alcatraz, the famous former maximum security prison that sits on a small island across the bay from San Francisco.

I am accompanied by my mom, her sisters, and two cousins, all of whom are SF natives… and Alcatraz virgins.

Me, being the tourist, had suggested it as a day trip, and they all appeared as though the thought had never crossed their minds. Oh, locals. 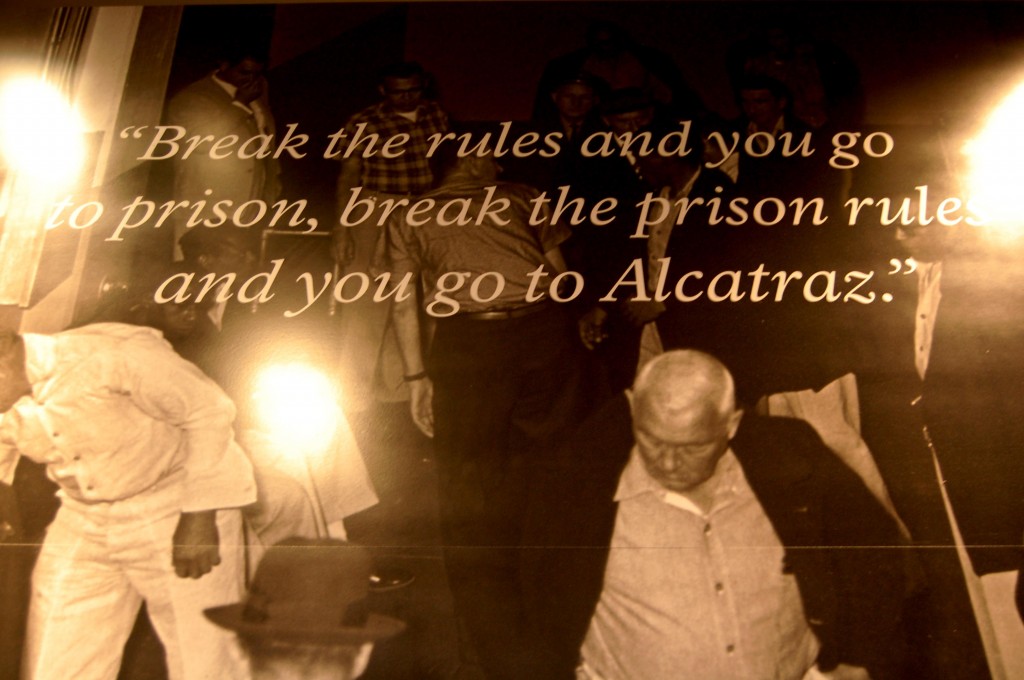 The island is 22 acres in area. It ran as a federal prison from 1933 to 1963, and was previously a lighthouse and Civil War fortress.

During its time as a prison, it held around 300 inmates, including such notable names as Al Capone and the Birdman. 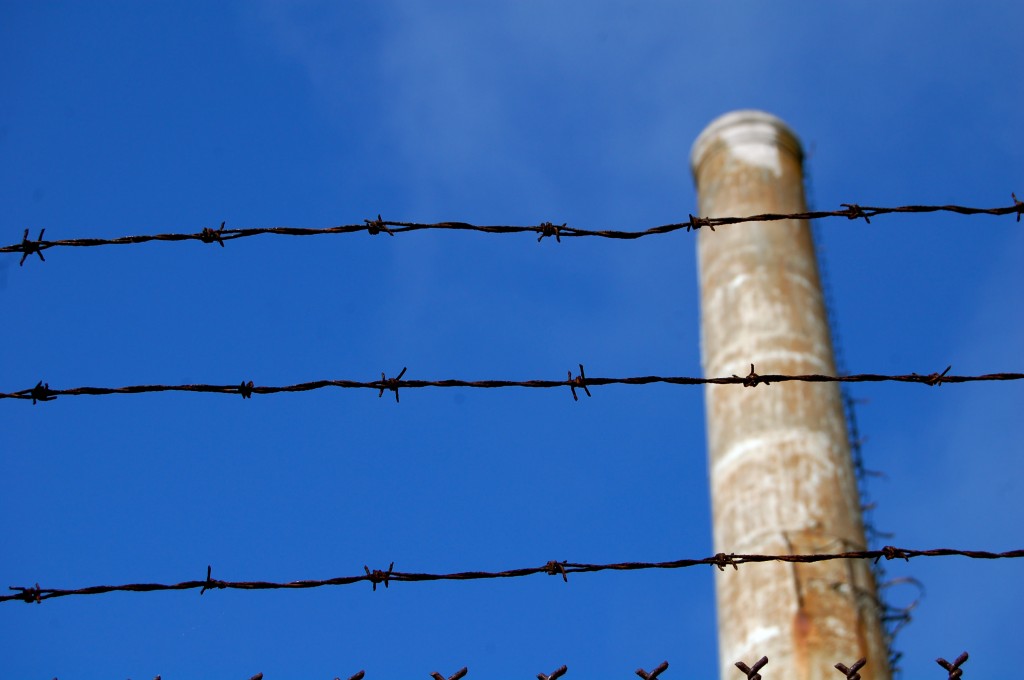 After the ferry dropped us off, my cousin and I walked up the hill, while the mature ladies took the free tram.

Along the sloping path, we saw several relics of the past – a worn down fortress, an officers social club, and a morgue with an ultra creepy wooden table. 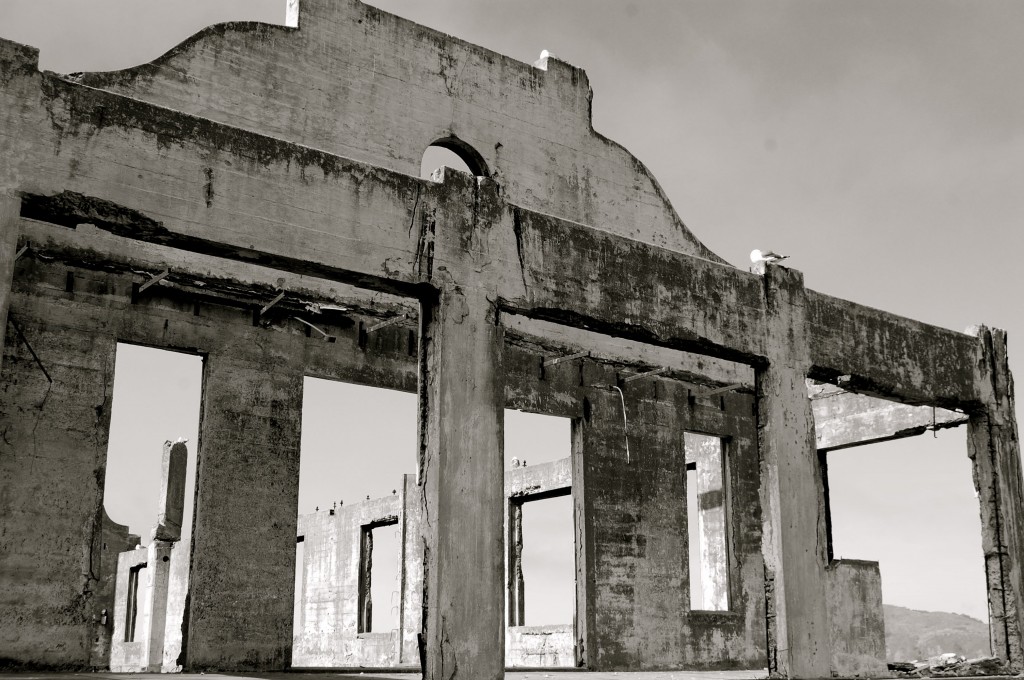 We soon reached the Cellhouse, which is Alcatraz’s main attraction. It is the building where the prisoners ate, slept, read, and plotted their escapes.

Included in the ticket price is a fabulous audio tour, which we picked up in the Cellhouse. I didn’t think any audio commentary could possibly be worthy of winning awards, but this one is and has.

It features interviews with the prisoners, corrections officers, and other key players, woven right into vivid prison descriptions and sound effects. 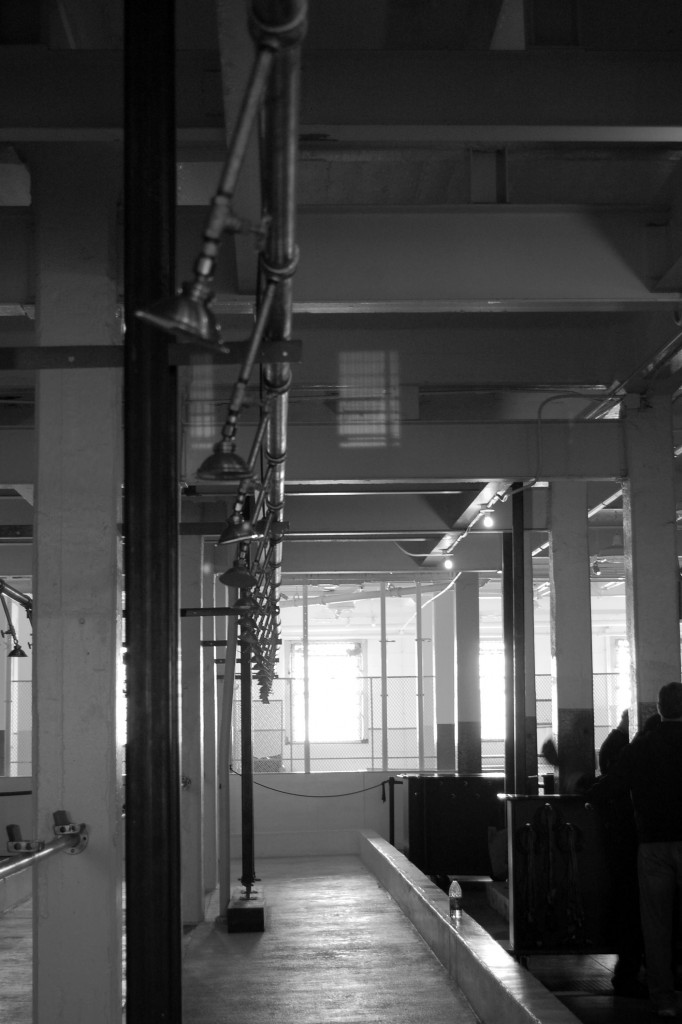 We visited the library, cafeteria, recreation yard, control room, visitation center, and many, many cells. I learned about famous prisoners and daily life at the prison.

I also learned about the Indian occupation of Alcatraz Island, which I had never heard of before. 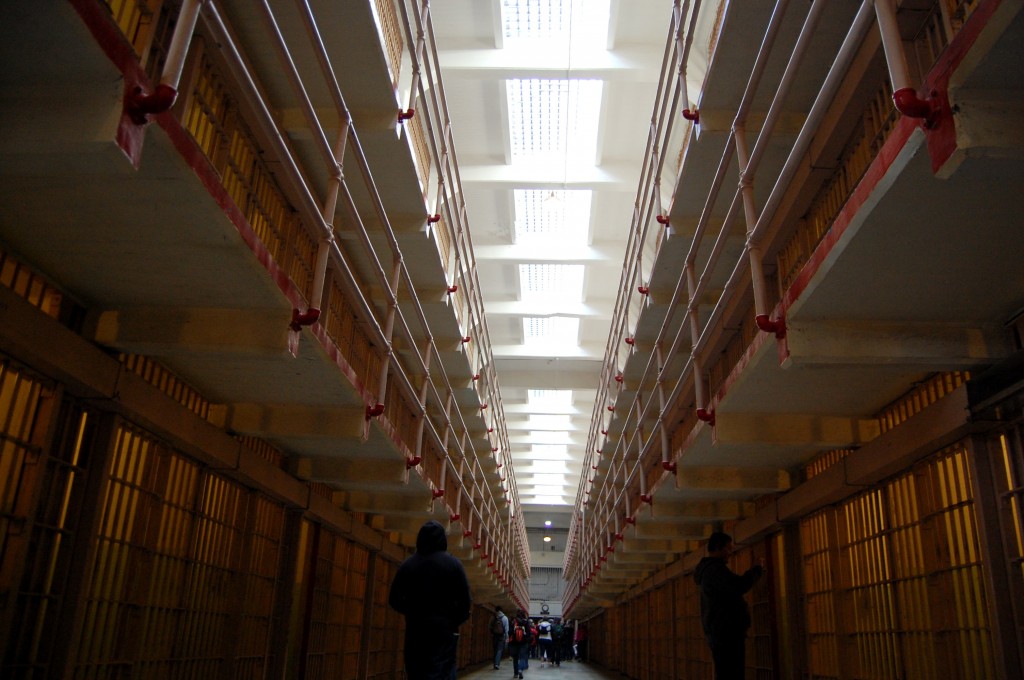 Most mesmerizing were the vivid descriptions of escape attempts. I was even able to view the hole that prisoners carved into the wall with a spoon!

The audio tour brought the whole place to life and made everything about a million times more interesting.

My visit to Alcatraz was captivating and educational, and I would highly recommend it for a day trip the next time you are in San Francisco.

Though I wish there were a small exhibit at the end discussing the crumbling California prison system, which is the most overcrowded in the country and is badly in need of reform, I understand that it is not the place of the National Park Service to get too political. 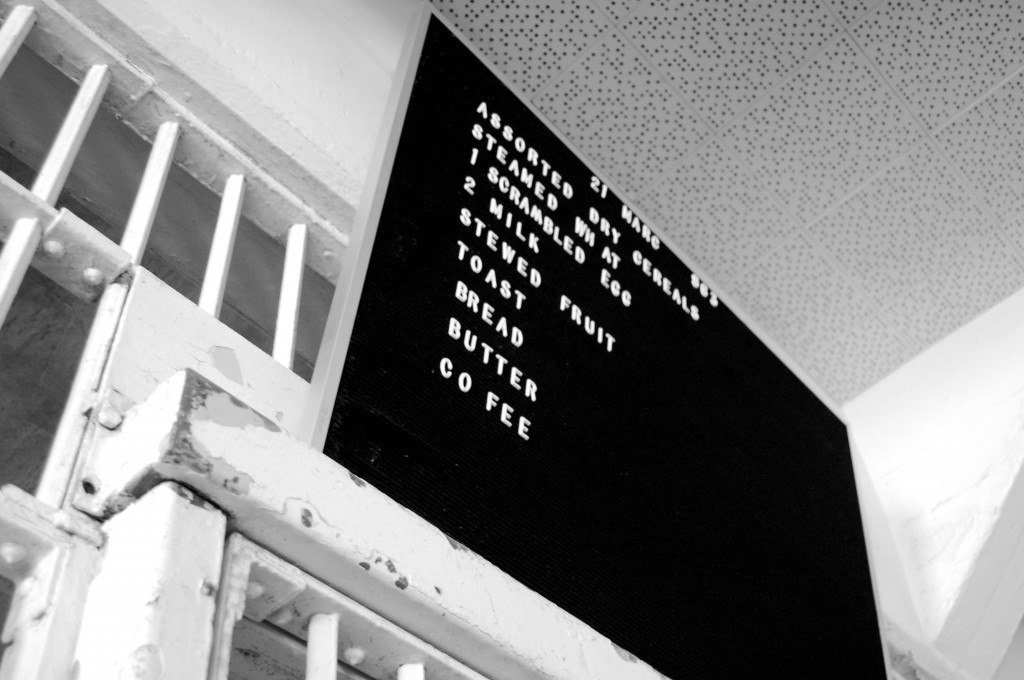 If it had been a nicer day, it wouldn’t be a bad idea to bring a picnic to eat after finishing your tour. You can take any boat back — just make sure you don’t miss the last one at 4:30 pm. The cells didn’t look that nice!

The Alcatraz ferry is run solely by Alcatraz Cruises. It costs $31. Be wary of other websites selling marked-up tickets and of scalpers near the docks. Buy your tickets ahead of time, as the day we were there was entirely sold out to walk-up tickets. Wear shoes you can walk in and bring extra layers. San Fran is never as warm as you think it will be!

2 Comments on In the Footsteps of Criminals: Visiting Alcatraz Island